Last week someone said to me, “I don’t want to feel like a twit when I tweet”.  We laughed and it gave me an idea.  She’s not the only one who feels this way.

If you’re used to Facebook, Twitter may may seem odd.  The messages are shorter, there are no lengthy threads with everyone’s pictures and commentary.  In fact, there are fewer pictures and videos overall at first glance.   It may look less visual and more text heavy.

Here’s an example, a friend of mine had a business developing digital books for children. Through Twitter, he connected with Dr. Alice Wilder.  Dr. Wilder happens to be the creator of the hit kids’ show, Blue’s Clues.   They struck up a friendship through Twitter and she was able to open doors for him at Nickelodeon, the children’s TV network.

This is just one example.

Ok, so a few fundamentals.

Not everyone uses their own name on Twitter.  You can call yourself your business name, or a nickname.  Whatever you call yourself, it’s known as your “handle” like in the days of CB radio.  Don’t stress over this, you can change it.

For awhile, I was @phillysocial, now I’m @jenphillipsapri (no “l”, not enough room.  I may modify it.)

Your tweets are public to your followers.  If you have 3 followers and you send a tweet, those 3 people will see it IF they’re on Twitter right then.  If they’re not on Twitter until later or tomorrow, they won’t see it.

Likewise, if you follow 50 people, you have the possibility of seeing 50 tweets in a row from each of the people you follow.  IF they’re all on Twitter at the same time posting.

The @before the name is the address of the person you want to reach.  Using it will ensure they see your tweet even if they don’t look at Twitter until tomorrow.

Earlier tonight I was watching Evan Williams, one of the founders of Twitter give a TED talk on the beginnings and the evolution of Twitter.  He tweeted he was about to speak at the conference and that tweet went to his 60,000 followers.  Just think what is possible for your business if you had 60,000 followers!

To get this and other practical blog posts, please sign up below so you won’t miss a thing! 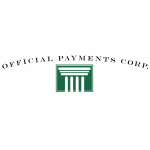 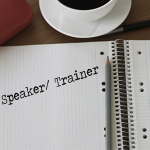 Jen's seminars focus on helping organizations develop their social media strategy and create action items around it. Whether showing business owners the best practices of Facebook posts or how to optimize your LinkedIn headline, Jen is passionate about the social media revolution. Her engaging, conversational style keeps audiences coming back for more. One FAQ is, “When are you doing another class?” and dozens have become regulars at her small social media trainings. Check out her training... 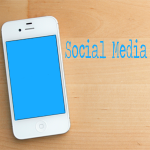 These in-person training seminars focus on you and what steps to take to maximize the power of social. Whether you need help crafting great content or connecting the ROI to your bottom line, Jen can help. Read More 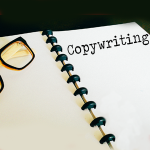 Copy is more than words on a screen. It’s a sales tool. It educates, informs and invites your reader to do something. Does yours? Check how it's done here